Edge of Space flight is a unique adventure that will give you brightest impressions ever. You will reach the extreme altitude at 2000 km/h and see incredible view.

You will get a chance to reach the edge of space and see the curvature of the Earth and blackest depth of space. At this altitude the sun shines brighter and Earth atmosphere looks like a blue fringe over the curved horizon.

You are at the top of the world! The only people that could get higher are the cosmonauts onboard the ISS. So will you take a risk?

Our mixed edge of space flight program is for those who has already conquered many heights here on the Earth and is willing to conquer new space heights. 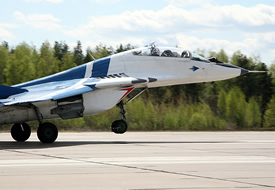 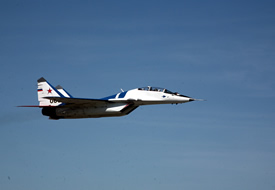 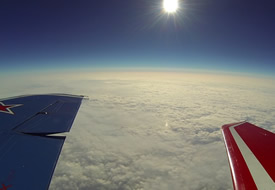 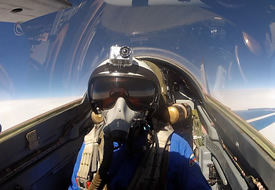 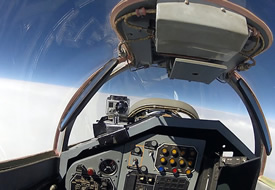 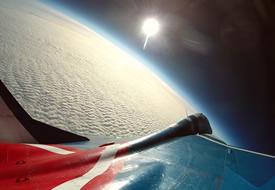 In the course of the flight MiG-29 jet fighter accelerates to the speed twice higher than sonic (more than 2000 km/h) and reaches the maximum MiG-29 altitude (18 kilometers and even higher!).

The main peculiarity of this program is that after descent from the stratosphere you will enjoy higher aerobatics performed by your experienced test pilot at supersonic speed.

The program is flexible and it is you to decide what aerobatics you want to perform e.g. Nesterov loop, tail-slide, inverted flight, knife, combat turn, rolls, etc. During preflight briefing you discuss the details of your future flight program, your preferences and wishes regarding aerobatics and g-loads you want to experience.

There is no aircraft available for touristic flight as maneuverable as MiG-29.

The flight are performed onboard MiG-29UB, training modification of jet fighter.

If you bring your friends and relatives with you they may watch your flight from the ground as a personal air show.

During the flight you communicate with the pilot and can adjust your flight program according to your physical state making it either more complicated or lighter. Upon consultation with a pilot you may even control the aircraft under his guidance.

For 45 minutes of the flight you will get more unforgettable impressions than for the whole life! 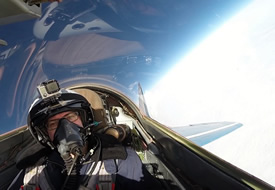 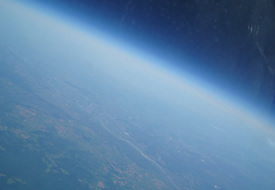 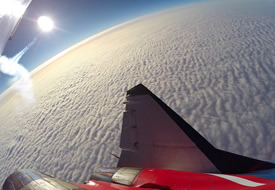 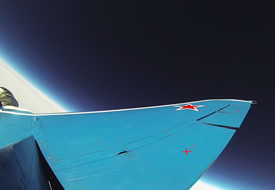 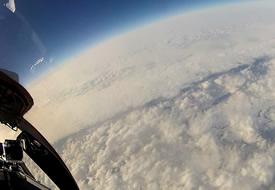 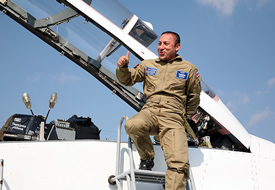 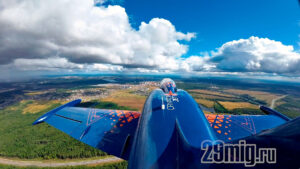