Spring-summer season is an amazing time for jet fighter flights and we are glad to introduce our new sky conqueror to you.

The hero of this story was born in Balakhna town not far from Nizhny Novgorod. By the way Balakhna is a mother-town of great Russian leader Kuzma Minin, who played an important part in Russian history during the war against Polish and Swedish invaders in the beginning of 17th century.

Being an experienced pilot he was familiar with such notions as actual speed, indicated speed, ascentional force, Mach, etc. and that is why he has chosen the brightest and most exciting flight program – Edge of Space flight – combining flight to the altitude limits and higher aerobatics.

Unstable May weather was close to interfere with our plans: the day before Nizhny Novgorod saw a thunderstorm but at the day of flight the city welcomed our pilot who came to the airbase together with his son with clear blue skies.

The child was very interested watching preflight preparation and upon completion of all these operations said “I am going to be a pilot!”.

When we hear such words of a 7-year old boy we see that the sky of Russia will be in good hands.

With a feeling that the duty has been fulfilled our hero took a seat in his helicopter and flew back to his airfield, while our MiG-29 jet fighters stayed to wait future sky conquerors. 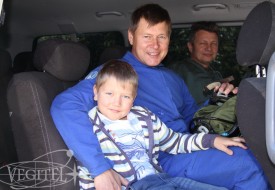 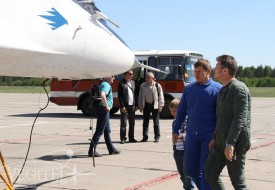 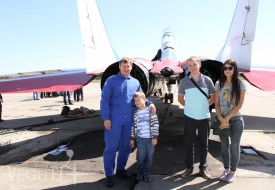 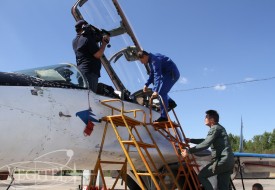 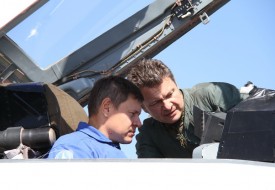 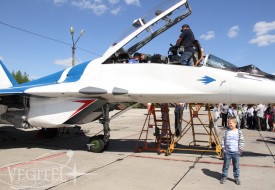 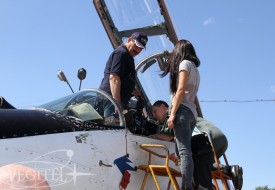 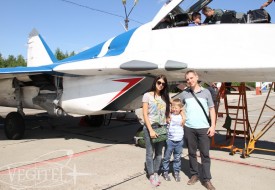 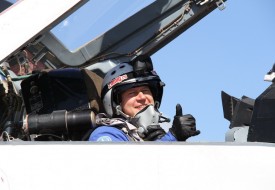 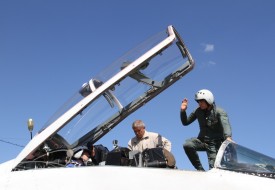 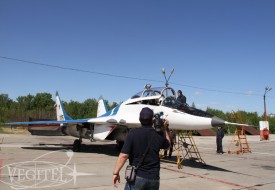 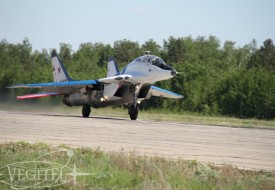 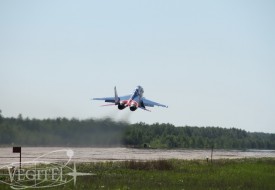 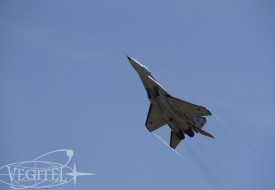 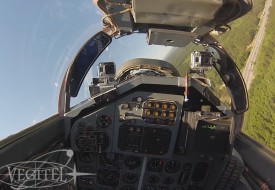 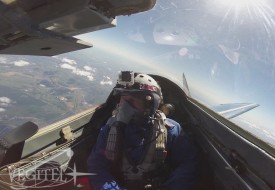 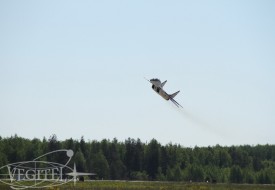 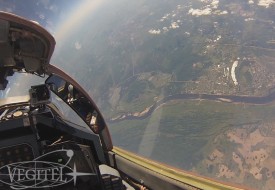 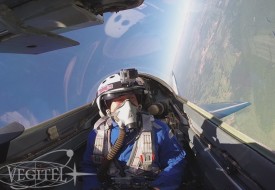 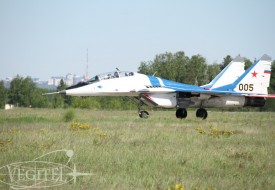 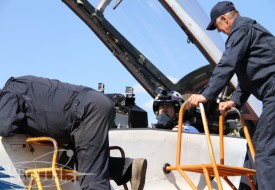 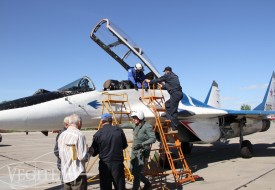 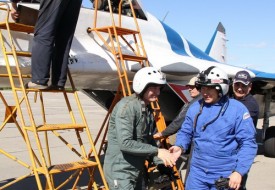 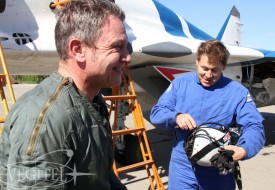