Program for our guests from Spain

Josu is well known all over Spain as the first diabetic, who conquered Mount Everest, the North Pole, accomplished enormous pedestrian crossings over various world routes. Mr. Feijoo had visited GCTC before to have a training in Centrifuge TzF-18, but this time his program was much more eventful and complicated.

Several months ago Josu decided to accomplish the training of extravehicular activity on the base of the unique Hydrolaboratory in GCTC. Finally, after thorough negotiations, the program had been established and Mr. Feijoo came to Russia.

Our Spanish guests spent the 1st day of the program (Monday, October 10) in Gagarin Cosmonaut Centre. In the morning took place the meeting with the administrator of GCTC and one of the most outstanding cosmonauts of our time – Sergey K. Krikalev. Sergey gave an interview to the local Spanish TV and had a talk with Mr. Feijoo and wished him all the luck. After the interview all group headed for the acquaintance with the main objects of GCTC. They visited famous Centrifuge TzF-18, simulators “Soyuz-TMA”, “Mir”, “ISS”. Also Josu Feijoo accomplished the training in special space-suit “Sokol” and got into the simulator “Soyuz-TMA”. Afterwards the medical examination took place, and proved that Mr. Feijoo is able to accomplish the training in Hydrolaboratory in spite of his ailment. The day turned out to be so rich in events, that even dull autumn rain and piercing cold wind could not spoil the impressions of heat-loving Spanish guests.

The next day the training in Hydrolaboratory took place. The GCTC specialists managed with their aim perfectly: Josu Feijoo, staying underwater in a special space suit “Orlan” assisted by several divers accomplished the training-imitation of extravehicular activity..

“I never thought that it’s so hard.” Said Josu after the training, “I can’t even imagine how cosmonauts spend 6 hours underwater and carry out all the tasks. Without any doubt it deserves due respect!”

Josu’s blue dream is to become a real cosmonaut. He was born with a terrible diagnosis — diabetes. And from the childhood he longed to prove, that people, depended on insulin injections, can do as much and even more as healthy people. In the Gagarin Cosmonaut Training Centre Josu Feijoo made another small step on the stairway to his dream.

In a few hours after the training Mr. Feijoo was taken to Nizhny Novgorod to experience a training flight on the supersonic jet fighter MiG-29. The training flight began early in the morning, on October 12. The weather conditions were really stark: strong wind was blowing and the sky was cloudy. But even this fact couldn’t make a hindrance for the specialists of “Sokol” airbase. They managed to lead the flight with the elements of advanced aerobatics. Josu was at the place of second pilot, and he was allowed to rule the jet fighter for some time, but the actual pilot was Honoured 1st class test pilot of Russian Federation Yuri Poliakov. During the flight Yuri carried out such figures like “Bell”, “Barrel Roll”, “Looper” and others. The flight lasted 45 minutes and after the triumphal landing, our happy Spanish guest headed back to Moscow. 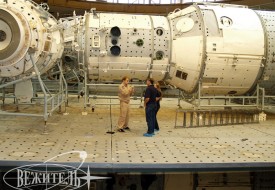 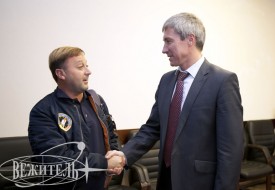 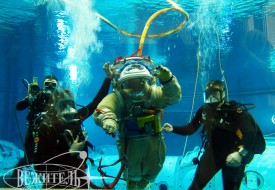 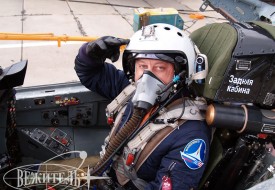 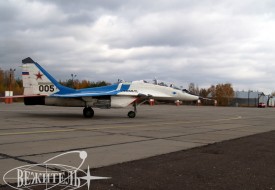 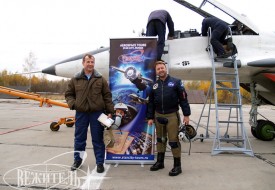 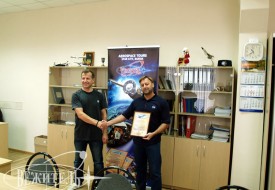 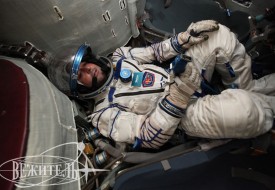 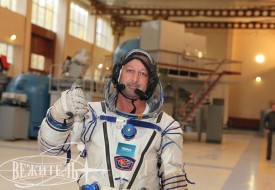 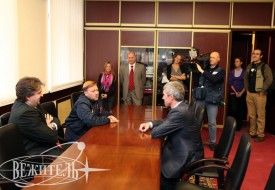