Double flights to the edge of space

On the 15th, December our company organized two Edge of Space flights!

The first guest who reached the edge of space was the USA resident Peter J. Houston.

Nizhny Novgorod didn’t indulge us with good weather, but for the all-weather warplane under the control of the most skilled pilot Y. Poliakov the Honored Pilot of the Russian Federation there could be no barrier such as snowstorm. Huston tremendously impressed with the MiG-29 flight, so he could only say after the landing: “Fantastic!”

The next flight was performed by the real epical hero with remarkable sense of humor – the guest from Latvia named Janis Stepanovs.

Even being an uncommonly huge man, Janis felt no discomfort, flying on the jet fighter. After the landing he expressed his delight with one humorous word, pronounced with the cutest Lettish accent: “Awesome!”

Both cheerful and happy tourists have finished the flight season of 2011. On this positive note we would like to congratulate our guests and you with The New Year, and invite you to experience such an unforgettable adventure in 2012! 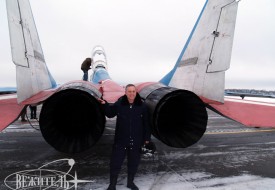 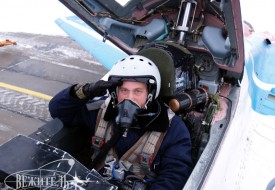 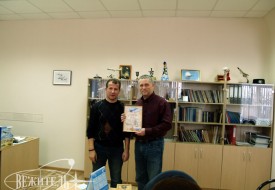 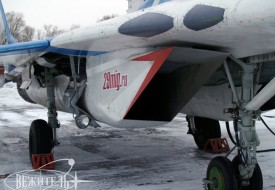 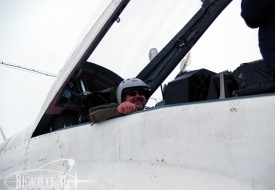 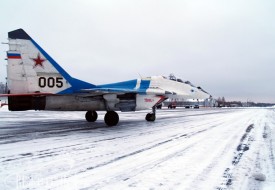 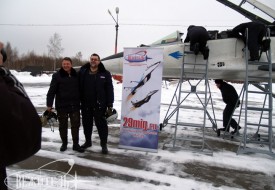 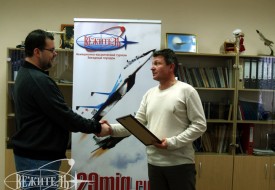